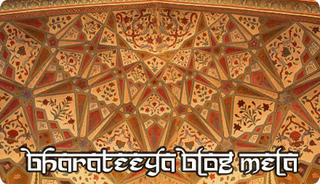 Inspector Khaggu spat out blood, and wiped his lip with his hand. The fight had gone on for hours.

Across him, Dacait Thaggu lay sprawling in the muddy puddle, covered in slush and breathing heavily. He looked towards Inspector Khaggu and asked:

“Because you are a dirty thief, that’s why. You molest women, and ruin the lives of the helpless by stealing their belongings.”

“That’s a vile lie, Inspector. I have never robbed the poor, or even touched the hair on their head. And as for their women, all women are my own sisters.”

“Why do you steal, you filthy animal?”

“It’s a long story. I have no one in this world. A kindly old man adopted me when I was but eight years old. Yes, he was a thief and a petty pickpocket. But he told me never to steal from the poor. Never to hurt the oppressed. Never to harm women. But only take back what the rich landlords have usurped from the poor villagers. That is what I do. Unlike you, Inspector. You policemen work only for money and power.”

“You lie, thief! I don’t do this job for money. The moment I wear this uniform, I become a soldier of this nation. This nation, which is my mother. I too am an orphan. A police inspector adopted me when I was eight years old. He brought me up to be honest and upright, and fight for justice. And a lowly thief just like you killed him. Yes, I too am an orphan. Exactly eighteen years ago, on this very day, at this very Kumbh mela, I was with my family, and my father was treating us to cotton candy. Then there was that terrible fire. People ran helter-skelter. In the smoke and chaos, I was separated from my family. I fell unconscious, and when I woke up, Police chacha had found me. In his memory, I became a cop, and will die for justice.”

“Wait a minute! Did you say eighteen years ago? At this very Kumbh mela? I too was separated from my family in that very mela. My father, my mother, and my brother!”

“Thuggu! Do you have a tattoo of a lemon on your left shoulder?”


Every day, there are stories that move us. Makarand writes this extremely moving article article of his experiences while meeting some young girls in a small village. That amazing blogger, Uma, in this excellent post on dowry, asks if this could stop happening. A few days ago, the story of bribes in maternity hospitals broke out. Michael Higgins takes a closer look at the situation. Dilip’s posts sometimes make you extremely uncomfortable. That’s because you know his stories are true, though you don’t want to believe them, like this one.

Atanu Dey writes about Lee Kuan Yew who, though a dictator, has created the perfect meritocracy in Singapore. In a related post Michael Higgins proceeds to break down corruption, pointing out why it exists. Perhaps you can think of more reasons. Shreyas Gopinath wonders aloud about the development of "Tier II" cities.

Blokesablogin questions Western versions of Indian history and religion that are still taught. Meanwhile, JK of Varnam points out to the confusion that surrounds building a chronology of events in Indian history. That's possible only if people are objectively willing to accept scientific dating studies, and not go by folklore. Did you hear of Drona and Ekalavya’s story from the Mahabharatha? Well, here’s a different version.

Meanwhile, Pankaj Mishra’s rather lame article in the New York Times is ripped apart. Sandeep is rather harsh when he trashes the article, as is Pennathur. Selva, in a fit of frustration, tries to dissect the the bullshit around us.

What’s life without musings? Lazygeek’s post almost asks if there is god or not. While Amrit has a different kind of realization. But perhaps we need to wait for our realizations. You think relationships are going to the dogs? Well, here’s some proof! Nilu, in his angst, asks if people can still talk to their ex-girl/boy friends after breaking up. Vivek, meanwhile, talks cricket (can there be a desi blogmela without cricket musings?).

The stomach beckons us. Rahul (who hasn’t activated permalinks on his blog) writes magically about his search for burger perfection, while Rhyncus has this fantastic post about food at my kind of a restaurant. Thanksgiving is a while away, but Sujatha makes us really hungry. But isn’t music the food of love? If you ever felt guilty defending rock music, there’s no need. Here’s one of Abhishek’s poems. Patrix, on the other hand, isn’t too lucky with music. Ash gets extremely nostalgic when she hears a CD sent by her dad. Carnatic music aficionados, on the other hand, have something to cheer, with what appears to be another excellent book on composers and traditions.

To me, the most significant aspect of air travel is the food. But take a look at Prufrock’s story. Gaurav meanwhile mesmerizes you with ants, while Richa reminds us about our best friend. What did you do at work today? Dream about a lazy weekend? Dheeraj finally learns to work.

We’re stuck with GWB, but at least there’s some humor in Bush bashing.

Where there are bloggers, there will be posts about blogging. Amit has done a fantastic job with the launch of Indiblogreview, and it looks like it’s going to be great reading learning about other bloggers! Good luck to you Amit. Uma, who could really give us a lesson or ten in writing, writes about her missing links. Sourin wonders aloud about a bloggers meet here in the States, while Gratisgab has this super post on friends with fewer obligations. Pablo wonders if only bloggers comment on blogs, while Arnab talks about a new derisive term, chick blogs. Arzan asks us why every day isn’t blogday. Are we as bloggers responsible for the content of every word of every post of a blog, if we link to a blog?

The past couple of weeks had a very important Supreme Court verdict in India, on the Private sector in higher education. Some how it didn’t make it to most blogs. But Abi has a take on it, as does Satya, on his fantastic blog Education in India. His recent Op-Ed on the topic is well worth a read as well.

Speaking of the media, does any one have any thoughts about the differences in the depiction of violence in Indian and Western media?

Finally, we come to some of the tragic events of the past few days. The South has just been devastated by Katrina. Sakshi writes about disaster relief plans. Though the tragedy is immense, the US MS media have largely been exceptional in the coverage of the hurricane and its aftermath. Harini writes about Our flood (in India) and the floods here in the US. Amardeep has a more detailed and penetrating essay, with two questions about race, and the hurricane.

Finally, I’ll leave you on a somber note, with Maitri’s blog. She’s from New Orleans, and is watching and reporting the devastation of her city first hand. I do hope the administration gets its act together.

Have a good weekend, and enjoy the posts (there’s a lot of quality out there).

The next carnival is at Harini's blog.

This is a damn good selection. Great Work !!

Good to see the Mela getting an addition of "Khaggu and Thaggu" theme.

sunil, what a fantastic mela. thanks and have a good weekend.

Amazing stuff. Thanks for the good work.

Thanks, Sunil, for this great Mela. Thanks, too, for an honorable mention!

Gladdened my heart to see a poster of "Mela"----one of the worst Bollywood productions ever which always makes me ask : What was Aamir Khan thinking?

I will not Say Great to Sunil, because that is what we expect of him !!!

Thanks for the kind mention of the Indi blog review....

On another note, anyone in the US, please donate to the Red Cross people.

Don't know why but Khaggu and Thaggu reminded me of Quick Gun Murugun of Channel V a couple of years back ;^)
Neat presentation... congrats on the good work !

Nice selection of posts and loved the story!

Very well done -- and thanks for the inclusion.

Thanks for the inclusion.

Sunil: Wonderful write-up, flows really well. Thanks, and hope you are having a relaxing Labor Day weekend.

Hey thanks, Sunil for including my entry. Was I harsh? Indeed. Pankaj Mishra and his likes get my guts. Thanks again.

thank you all for your comments.

Putting up the mela was a fair bit of work, but it was worth it (just to be able to read so many wonderful posts, and find blogs I hadn't visited before)

Great job. As much as the collection was great, it was a tremendous effort in weaving all the stories together into one big post.

Thanks for the inclusion, Sunil.

Thanks for the mention Sunil! I had no idea, much pleased :)

What a great story with a touch of reality in it. It depicted a side of life that happens to people especially those who are poor. But it also portrayed a good side of life which was despite all the problems and difficulties that we face in life, we can still expect something good to happen to us, just like these two brothers who got reunited after years of separation.