Iran on my mind 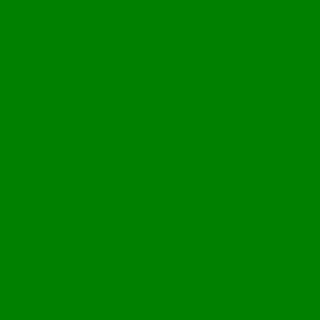 I've been trying to follow all the incredible happenings in Iran right now on blogs and twitter, with all those protests, rallies and much more. These are chilling times in Iran, and though I don't think anything will change there, I'm sincerely hoping it does. Good luck to all of them.

Meanwhile, since Iran is on my mind, I couldn't help but remembering my old room mate. So, its time to revisit an old post of mine about my friend and Iranophile Brian.

I wonder what he's upto now, and hope he is well. Where ever he is, he must be following Iran closely, wearing green, and hoping his friends there are safe. And if he cares to know, I've taken great care of his movie collection, and enjoyed watching all those movies.
Posted by Sunil at 6/23/2009 02:20:00 PM No comments:

A peace corps for India?

One of the most remarkable organizations in America that is rarely talked about is the Peace corps. Many of my friends have actually never heard of it. But it has perhaps done more for America’s image abroad, in some of the poorest, most underdeveloped regions of the world, than most other organizations or groups. So what is the Peace Corps? Reading from their website, the organization has volunteers who “…..serve in 74 countries in Africa, Asia, the Caribbean, Central and South America, Europe, and the Middle East. Collaborating with local community members, Volunteers work in areas like education, youth outreach and community development, the environment, and information technology.” Effectively, they are agents of change, education and empowerment in distant parts of the globe, and a part of America’s tremendous soft power. I don’t know if JFK actually visualized the impact the Peace Corps would have around the world, but in my opinion, forming the Corps was one of his greatest and most lasting achievements.

I’ve been fortunate to hear about the work the Peace Corps does from friends who have served in the Corps. So, these are the kinds of things the Corps volunteers do. One friend, immediately after graduating college, joined the Peace Corps and went off to Tanzania. There she lived in a medium sized village, and taught the local school kids Chemistry and English, and also found time to make some great friends, learn about Tanzanian culture, share her ideas of American culture with Tanzanians, climb Kilimanjaro, and meet her (now) husband who was another Corps volunteer teaching science and something else to some other kids in Tanzania. After two years and a fabulous experience, she came back to do her PhD in the molecular biosciences. Another friend worked in my former lab as an undergraduate, and once she graduated joined the Corps and headed out to Gautemala to work with village communities, on health, natural resource management and other issues. The way the program works is simple. It recruits mostly from fresh college graduates (or sometimes even current students, who are allowed and even encouraged to take “a year off”). These kids then express their areas of interest, and the region of the world they’d like to go to. And then, they are sent there (almost on a “paid” work/vacation), and work there for a year, or two, or more. What, you might ask, do they get out of it apart from the experience? Isn’t the experience itself everything? No, they get much more, including tangible benefits that help their own careers. They get college credit, a big boost if they want to come back and join masters or PhD programs, they learn new languages, student loan deferments, and also become a part of a network that now has thousands of successful people in all walks of life. They are extremely valuable to corporations who would love to have people with these diverse experiences. The learning is also a two way process, and they learn a tremendous lot while, at a ridiculously low cost, act as informal ambassadors of the United States in places where people have only fuzzy ideas on what the country is about. More often than not, all parties (the Corps volunteers as well as the communities they work with) benefit and learn a lot from this.

So where am I going with this? Well, the concept of “volunteerism” on a larger scale in India is still nascent, and it is rare to find people, especially young people, volunteering for too many community activities. Their lives are understandably busy, with getting through school, and then getting admission into a program in college that will lead to a “good job” (engineering, medicine or the like), and then getting on with lives. And then, every now and then, there will be some story in the media wondering why the educated youth never go and serve in rural, deprived areas, and why much of the country remains underdeveloped. It is well known that few (if any) college graduates in India would even consider starting up enterprises or serving in rural, remote and/or underdeveloped areas. The government, it its typical heavy-handed approach, has occasionally mandated things like requiring medical students to serve for a year in rural areas (where doctors are much needed). Most of these efforts have flopped miserably. One big reason why these schemes don’t work is because they are coercive, and the student perceives little or no benefit from this. So this is where I think the government could spend a small amount, set up something like the Peace Corps, and gain a huge return on that investment.

Here’s how it could work. The organization can provide streamlined avenues for freshly graduated college students to go and stay/work in some rural/underdeveloped area of their choice, in a subject of their choice. This could range from working with government schools (with poor teachers, often absent), to rural health centers, to the forest or agriculture departments and so on. This provides an avenue for students of different backgrounds to work in. This can come with “official” recognition (say from the education department or the science and technology department), and a significant stipend (I’m thinking of something like rupees eight thousand/$150 per month), as well as options for local accommodation (there is no shortage of government places to stay across the country). As additional, significant incentives, the experience of the students can be considered credit to apply for masters/MBA/MD programs, with the provision of educational/college scholarships for these kids if they decide to continue their education at the end of their fellowship term. In particular, if this program can give significant credit to doctors for admission to specialization/MD programs (say a 20% bonus on their entrance tests or direct admission into certain specialties), this can serve as a serious incentive for doctors to serve in rural health centers. For students who work on engineering projects, projects in agriculture, environment, social issues, water issues and so on, thy could similarly get credit for education. Undoubtedly, this work experience would be very valuable indeed to corporations looking to recruit individuals with diverse experiences, as well as to business schools for their MBA students. In addition, it is possible that students who do take this up realize that there are tremendous economic possibilities in rural India, and perhaps they might themselves then go on to start their own organizations that work in these areas.

Of course, most of this has been about incentives for students to join such a program. The reason the government should/could do this is because it is the only entity that has its reach in every corner of the country, and the authority/ability to implement such a program. But the potential problem is that even if the government does this, it might do this in a typical heavy-handed, bureaucratic, top-down approach, and that will fail. So what they need to do is to support the concept, but leave the complete implementation and execution to a board with people who are good at putting grassroots organizations together, and promise never to interfere in that work. All they should do is provide unconditional grants. Given how Indian governments work, with their maai baap attitude, this is bordering on fantasy. But such a concept can work (and has worked, remarkably well, with the Peace Corps). So now, does any one have the drive and will and reach to put this together and get the government to do something like this?
Posted by Sunil at 6/06/2009 02:56:00 PM 14 comments: