Happy hour Friday again, and this time its all about taste.

Though we have subtle and sensitive palates, taste can be broken down in to just five types. Taste is important not just to make gourmands such as myself happy, but plays an essential survival role for most mammals. For example, sweet, mildly salty or umami tasting foods are usually safe and nutritionally rich for the animal, while many bitter foods are poisonous (“don’t eat me”), or acidic food might be spoilt or overripe.

But most of us hardly give a second thought about how taste is perceived….about how it happens. Taste sensing happens through a fascinating signaling process. The tongue picks up molecules that have their unique tastes. These molecules are “sensed” by specific sensors or receptors on taste buds on the tongue. This is then transmitted by three specific cranial nerves, and is processed by the gustatory system, finally making its way to the cortex or the cerebellum of the brain, and voila, we taste.

The later events are somewhat known, but an understanding of what the actual sensors or receptors were for taste is rather recent. Zuker’s group, and Ryba’s group, amongst many others, has pioneered the identification of taste receptors, and the logic behind “taste coding”. They identified the receptors for sweet, bitter and amino-acid sensing taste receptors. These are all mediated by a family of proteins, the T1R’s, T2R’s and the T3R’s, that are all found in “taste receptor” cells on the tongue, with different expression patterns, so each group of cells can pick up a specific taste. There’s now stronger evidence for separate taste modalities for different tastes, and old ideas, like a “mouth map” that many of us learnt in school, showing a picture of a tongue with separate, fixed “zones” for sensing sweet, or sour or bitter, are clearly not true.

But the receptor or mechanism for sour and salty tastes remained unknown. The popular model (that was partly put across by Zuker and his collegues themselves) was that salty and sour (acid) tastes were just a sensing of ions. Hydrogen (H+) ions for acid, or sodium (Na+) ions for salty would be picked up by all or most cells, and a complex network of nerve signals could transmit it to the brain. A simplistic (not simple) model, that was rather unspecific and messy. 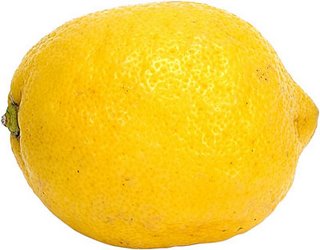 It’s wonderful though what new data and science does to change old thought. Isn’t that the best part of science? Zuker and his students and colleagues have now identified a very specific sour sensor, and it’s really a very nice piece of work they describe in a Nature.

Anyway, to find this receptor, some poor student (probably the lead author, Huang, on the paper) trawled through the mouse genome first looking for proteins that are membrane proteins (so they are on the cell membrane, and part of them would serve as an extracellular/outside receptor. They then eliminated known receptors, and further screened for receptors that were expressed or found in taste cells. Through this process of elimination, they finally ended up with just one candidate, PKD2L1.

They then went about proving that this was indeed a sensor for sour, by selectively killing off cells in the mouse tongue that expressed this specific receptor. What happened next was spectacular. The mice which no longer had PKD2L1 now no longer could taste sour, and happily continued to lick sour, acidic food, while all other mice (which had the PKD2L1 expressing cells) avoided the sour food completely.

So, Zuker and his colleagues now modified and changed the old theory of sour taste with their new paper. All it takes to modify or change your own idea is a little paper in Nature.

Meanwhile, another Japanese group came very close to identifying this receptor as the sour taste receptor as well, and had most of the same data, but did not prove it in an animal model, showing how awfully competitive science can be.

So now you know, when you suck a lemon, PKD2L1 senses the acid, and tells you to throw up. (In case you’re wondering if this was all done just in mice, don’t worry, we have the same receptor as well).

Nice post. Never thought about the complex process of tasting.

>>It’s wonderful though what new data and science does to change old thought.

Am not sure abt that - so many things I learnt in school have been proven otherwise - atom not being the smallest unit, the taste map is apparently wrong, pluto is not a planet - wonder whether school is just a place where we learn a lot of false notions.

I have also heard that babies have more taste buds than adults. Infact they have them on the roof of the mouth and on the sides too.

Wonder if that is to prevent them from swallowing anything that doesnt taste familiar, or do they need that many to actually comprehend taste?

Sue.....I think you just made an important point. There is always constant developments in our knowledge, and curricula need to be constantly updated. It seems like the rate of acquisition of knowledge is faster these days, so it's all the more important to update school textbooks. Sure....lots of things you learnt in school needs revision, but that's good (and it's not all wrong, just needs updates or corrections :-)), but that's a good thing. What's needed are good school boards, that work hard on their to keep the books up to date.

Sowmya.....I won't be surprised....they'll eat anything, and seem to enjoy eating them all. That's interesting though....perhaps it's retained in all animals as a method of them learning by taste, so that infants can learn to recognize various food/non-food objects, and learn to discriminate between them. Later, the visual cues of those same objects might suffice. Wouldn't that be nice?

Sunil, very interesting - Really learnt something new. And its great how you can present scientific work and thought in such an easy format for non-science readers as well. That bit about the mouth map was firmly lodged in my mind until now...