(Happy hour is a new series of science related posts, focusing on a single topic, in the style of a casual weekend discussion with friends in a bar).

When in India, I had a number of Jain friends, and visited their houses often, or Jain temples occasionally. There I've encountered a number of Jain ascetics and teachers, many of whom were old. Very old, often in their eighties or older, but perfectly healthy and active. Given their tradition of extreme austerity, plenty of fasts, and a typical meal (eaten once a day) of one chappati and some greens, their extreme longevity struck me.

A number of us have also read about the Okinawans in Japan. This region has the highest life expectancy in the world, with Okinawan seniors living well in to their eighties (with centenarians a dime a dozen). They also have a fifth the heart disease, and a fourth the breast or prostate cancer than Americans.

One thing they have in common with Jains is their lean (though not nearly as austere) diet, and their tendency to follow the Confucian adage of eating until your stomach is 80 % full.

I’ve seen some of this in my own family as well, with my grandpa, and some other folks of his generation. An old uncle of mine (who lived well in to his eighties, as did my grandpa) used to cup his tiny palm, and say “this much of rice in a meal is enough”, and then cup both his palms and say “but you should eat so much vegetable”. Observing weekly fasts was also routine.

The one thing in common here is calorific restriction. This is sometimes easily confused with malnutrition, but is not. Calorific restriction is just restricting the number of calories consumed daily. And these folks apparently live very long. But this is just anecdotal evidence. Is there any science behind this?

Interestingly, this effect was first noticed studies in the eighties, and since then a number of studies in rodents have shown this quite clearly. Reduction of calorific intake by 30-50% resulted in a substantial increase in lifespan, as well as a big reduction in the incidence of age related diseases, a much better resistance to toxins and stresses, and better maintenance of function late in to life. This also included delayed onset of diseases like cancer, diabetes or arthrosclerosis. So it wasn’t just eating less and live longer, but it was eating less and living longer and better. 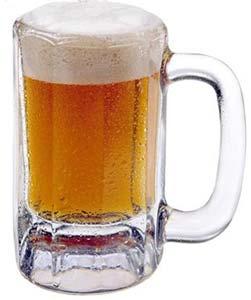 But for most of this time we didn’t have a real clue about what was going on in the body. Surprisingly, our first real detailed molecular understanding of calorific restriction leading to longer lives came from the humble yeast. Apparently, it’s more useful than just in making beer, bread or wine. Scientists can actually measure how old a yeast is by just measuring the number of mother cell divisions. In their studies, they identified a specific gene, called SIR2 that played a critical role in ensuring this longevity. This is where the power of yeast genetics came in to play. You can knock-out a gene (delete it completely) in yeast very easily, and the yeast strains where this gene was knocked-out lived, but did not show any beneficial effects of calorific restriction. But clearly, the effects of calorific restriction included the activation of various different pathways and processes in the body, which did not seem connected at all with this gene. It seems now that this gene is actually important in maintaining over-all appropriate gene expression. And, this gene is also present in us mammals (where it’s called SIRT1).

The yeast studies gave us plenty of clues on what might happen in mammals, and yes, us. All our cells have little organelles called a Mitochondria. These are the “energy plants” of the cells, where the primary source of energy we use, ATP, is synthesized (using glucose and other substances). Now clearly, logic has it that calorific restriction will have some effect on the mitochondria, since this is where most of the energy we use is produced. So research would definitely try to see how mitochondria function was affected by calorific restriction. Some excellent recent work has tried to pin it down to a few specific processes.

Now, adipose tissue is where most fat is stored. Most of the adipose tissue is white, and called white adipose tissue. This stuff serves as heat insulation, mechanical cushioning and importantly, a source of energy, when energy intake is not equal to output. What researchers have recently observed is that in white adipose tissue, there is a BIG increase in mitochondrial biogenesis (i.e. more mitochondria) in calorie-restricted mice. This means much better and more mitochondrial function. What they also saw was that in mice lacking another specific gene, eNOS (which synthesizes a gas, Nitric Oxide, which then activates a very important pathway that leads to many effects, calorific restriction did not increase mitochondria at all. And, they showed that this eNOS gene in mice regulated the original important gene, SIRT1.

Very interesting ... thanks for the peek into this area of research.

Now, this is kind of off-topic, but all your mention of genes and genetic regulation reminded me of an argument I've been having with Patrix about homosexuality and genetics.

He believes it is genetic, and I believe that it is behavioural (and also genetic, in-so-muchas most behaviour has murkily linked genetic underpinnings.)

I've moved out of the whole genetics field, so I wonder if you can contribute what you know to this discussion. I remember they'd come up with some 'gay genes' many many years ago, but didn't hear anything more after that.... what's the latest ?

Hi Sunil
The "Jain" diet raises an interesting question. If, indeed, it does lengthen your lifespan then, "Is it worth it?"

Ash......actually, you and Patrix are not wrong. There seems to be a strong genetic connection in homosexuality, but behaviour is really quite difficult to study. With homosexuality there often are a number of other factors (social and environmental). There isn't really any single particular "gay gene" (no gay holy grail or anything), but there does seem to be a bunch of genes that seem to affect sexual preference.

Michael....the Jain diet that ascetics follow is rather extreme......and is not necessarily perfectly healthy. To me, it wouldn't be worth it. But the Okinawan diet is certainly very, very healthy, and quite satisfying as well (and so was my grandpa's).

But with a lot of these aging related things.....my opinion now (in my late twenties) is going to be very very different from what it is when i'm (say) seventy :-))

Is our generation's increased consumption a direct result of revolution in food production? Do we need more(food and stuffs) to keep ourselves satisfied than, say, our grandfather's generation?

very interesting. some solid lessons therein for middle-aged (well, almost!) over-eaters like self!

I think Nema that our generation's increased consumption is due to greater availability and a constant sensory overdose of food, with advertising and branding.

Nandakumar.....yes indeed! I'm a little more careful now, though i explain my heavy chocolate consumption by considering the good the anti-oxidants in chocolate are doing to me (never touch Hershey's...but stick to quality 70% or more cocoa butter chocolates).

The Science & Technology supplement of The Hindu carries an excellent Science column by one Dr D. Balasubramanian. Your post reminds me of one of his articles where he gives benefits of occasional fasting. He then points out the Hindu custom of fasting on ekadasi may actually be a healthy practice. (I am unable to find this particular article online.)
Some of the responses here seem to imply that there is an inverse relationship between health and taste in food. Is this always true?

And what do you feel about the typical south Indian meal (vegetable, rice, sambar, rasam and rasam) in terms of calorific and other nutritional values? What kind of modification to this meal might better suit the present lifestyle?

Plus, I observed the s. Indian meal is more soporific (atleast for me) than say rotis (n. Indian food) or sandwich. Is it just my body that responds this way or is this general phenomenon?

One example article:
`The Morning Raga' and Indian science

Sorry for spamming but:
Another (better) example

Srikanth, i don't think you are spamming at all. Both those articles were very interesting.
I used to read Dr. Balasubramanian's articles regularly some years ago, and greatly enjoyed them.

As far as the typical south indian meal goes.....it is a bit on the heavy side for us since we mostly have desk jobs. Our day doesn't start at 5 am with a bath in the river, and multiple perambulations of a temple (that would add up to 4-5 miles)......so eating rasam, followed by sambhar, followed by yogurt with rice, with just a small bit of vegetable, and two appalams, is rather too much :-)

Wheat (chappatis) are lighter and easier to digest, and so obviously make you (or any one else) less sleepy!

Refer to Diabetes for
useful information

Eat less is fine allright but one should get the proportion of carbohydrates, fats and proteins

This is a cool site, thanks. There's an interesting program on BBC4 'Visions of the Future', they are saying that genetic engineering is close to creating "medicine" that produces the benefits of calorific reduction without the need to diet, I found this not only interesting but thought it added weight to what you say here. I don't know where you are (India? I'm in the UK), do you get BBC4 - hope so. Cheers, Kyle.