The badshaah of cool

In the mood for some classic kitsch, that’s so bad it’s fantastic, I revisited Janbaaz a few days ago. And I was reminded of something I always knew. No one in Bollywood ever spouted Urdu dialogues better than Dilip Kumar. No one ever brooded better than Amitabh Bachchan. No one was more “chocolatey” than Rajesh Khanna. No one was whackier than Shammi Kapoor.

(No, Fardeen Khan is not Cool, though Feroz Khan is his daddy. He inherited his mother’s genes. Wearing shades doesn’t make you cool.)

It’s not about the acting abilities. Feroz Khan had none. It’s about the swagger. Toshiro Mifune had it. Clint Eastwood has it. Raj Kumar (yes, Jaani) had oodles of it.

Feroz Khan had it (and I daresay, still does). 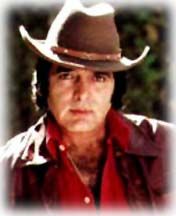 Dharmatma or Qurbani or Janbaaz, or (especially?) Yalgaar would have been relegated to the trash-bin but for Cool Khan, lead actor, director, editor and producer. The art of transforming trash to pulp-classics was never more perfected in Hindi cinema. B-grade cinema became blockbuster.

The plot, just like the acting, was a completely negotiable entity. Every Bollywood cliché would be thrown in, and masaala mastered. Brothers, loyalty, friendship, patriarchs, feudal societies, Sufism and betrayal would co-exist perfectly with color, style, fashion, “modern” lifestyles, lots of “eye candy” and extravaganza, as if it were all normal. Dimple Kapadia or Zeenat Aman would look like a million bucks (I’m strictly imagining a million bucks here), and be dressed for the ramp, even while roughing it out in a “jungle”, boiling coffee. The villains would remain larger than life. When they gambled, they would only deal in “lakhs” (in the early eighties, that was a lot of money), never “hazaroon”. Their crime of choice would be dealing drugs (“smack” and cocaine), and never just petty “smuggling” (the traditional crime of the 70’s and 80’s). They would be pure comic-book evil. The music would sizzle, and the title-soundtrack would relentlessly pursue you, even after the movie (think “Janbaaz, Janbaaz”, or “Qurbani, Qurbani, Qurbani”…..).

Thoroughbred horses would race into the sunset. It would be ok (no, anything else would be abnormal in Khan’s movies) for the hero to sleep with the heroine, before marriage, and then visit a dargah or a temple in devotion. And thugs in suits would toss hand grenades with a flourish. Quick-draw Feroz would shoot, and always hit his mark (a la Eastwood), with time to spare. And he’d never have to chase or leap at a fleeing villain. A casual walk up to, and a stylishly thrown punch would suffice. Meanwhile, in the heat of action, with thugs falling to Khan’s bullets like ninepins, the villain’s goons (following hallowed tradition) will always have time to attempt molesting the heroine (always failing, of course).

But we, the gaping audience, wouldn’t care and would eagerly lap up this kitsch. We’d wait for the Feroz Khan twist in the end, when some one would always die (and it would not necessarily be the jilted lover), or fail in love. We’d be dazzled by the motorbikes and cars and thoroughbreds, that would adorn the screen for just the right amount of time. Khan popularized the item number, even before the very concept existed.

Spaghetti western and James Bond would meet. There would always be other “stars” in the movie. It could be heart-throb Vinod Khanna, or jumping-jack Jeetendra, or 80’s and 90’s hit-machine Anil Kapoor, or gangsta Sanjay Dutt.

But it wouldn’t matter. Feroz Khan would remain ubercool, and the movie would remain his. The badshaah of cool would walk away in to the sunset.

Lovely! am leaving work midway to rush out and buy the Janbaaz DVD.

:)) my lasting image of feroz khan is in 'kya dekhtey ho surat tumhari' where he gazes lustily at the heroine and does a twirl of the wrist (imagine holding a ball in your hand at eye level and twirling it) to denote the surat tumhari.
the heroine incidentally was one of the aforementioned million buckers (Zeenat Aman, wans't it?)
swagger- aww, you forgot John Travolta, the man was born to swagger

Kala Sona- the city smart alec who moves into a village to avenge his father's death, exposes a cocaine lord who also happens to be his father's killer, in between falls in love with a village belle, impresses all the villages with his tricks...

Sunil
Xcellent stuff. Safar was one movie where I couldnt stand him as the trotured lover and commits suicide. Ughhh....so unlike the mighty Khan and that too compared to whiny Rajesh Khanna.

Whackier than Shammi Kapoor..ummm I'll take exception to that. Kishore kumar in my books was the whackiest of them akk. Half Ticket, Padosan, CKNG...pure genius all.

Mustang.....i think i have a khote sikkey vcd buried somewhere.....that was too funny. I actually haven't seen kala sona (hard to believe).......but will look out for it.

Sourin........yes, Kishore Kumar was pretty whacky too.....a bit more of a madcap. He certainly was more versatile than most actors. But i'll still vote for shammi's antics........and great movies too!

I bought Jaanbaaz DVD a few weeks back. I like the way he talks too. He is cool even today.....

read the post...walked away giggling...20 minutes later still giggling. wanted you to know.

so on the money.